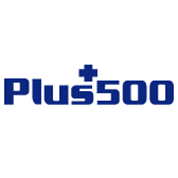 The modern way of conducting an ICO (Initial Coin Offering) has become rather outdated: initially crude, now it is not at all effective – this is noted by many investors. The traditional offer has been replaced by a new format – STO crypto projects. Security Token Offering or STO is a security token offering campaign. In such a system, the token performs the function of an investment instrument and is de jure considered a security.

This model attracts a lot of attention from the public for the reason that security tokens carry a certain material value: they can be guaranteed to receive dividends or exchange them. The strategy eliminates the risk of fraud. The purpose of such events is to attract investments to the project. The organizers create their own investment token, offer to purchase it for a certain amount, and the collected funds are used to refine the product. In top STOs, great emphasis is placed on compliance with jurisdiction – it is no secret that this form of doing business raises many questions from the point of view of the current legislation of different countries.

In one of his speeches, SEC Chairman Jay Clayton said that the appearance of coins on exchanges immediately after the completion of the ICO and their active sale is a strong reason to consider such securities tokens.The desire of startups to list their coins on crypto exchanges as soon as possible also points to this. Such aspirations can be seen in: aggressive marketing strategy; early agreements with exchanges on the placement of coins; short terms of placement of coins on exchanges in the road map; the predominance of investors and business angels in the composition of advisors. If a company issues utility tokens, it primarily focuses on attracting potential users, since without them, the value of tokens will fall sharply after being placed on a cryptocurrency exchange. If there are many users, this will create demand for tokens, which will contribute to the growth of quotes.

What Are ICO Problems That STO Should Solve?

ICO is an Initial Coin Offering campaign, during which the project developer offers its tokens to the investor to raise funds. In the last couple of years, this industry has become extremely developed and popular, but at least three problems have immediately emerged: fraud; non-viability; uncertainty of legal status.

Every day there are projects that aim to profit from gullible investors – they are excellent at ingratiating themselves with trust and getting money. There are cases when the organizers of the pyramids managed to collect from 200 thousand to 1 million dollars for six months or a year of their activity – it is simply impossible to return what was invested in such a scheme.

So far, all methods of suppressing criminal activity in the industry, in particular, the work of the SEC, are not as effective as we would like. It is easy for scammers to work: it is enough to write a white paper and invest in marketing.

After the developers assessed the profitability and potential of the industry, active creation and reproduction of projects began: the market is overflowing with blockchain startups. At the same time, 60% of them simply do not live up to the start of direct development (loss of audience interest, lack of funding) – and this is a risk for the investor himself. When buying an organizer’s token, you get a ghostly opportunity to use it in a ready-made platform and nothing more – you can’t sell or exchange it in any way, as well as return your money.

Uncertainty of the legal status

The abundance of pyramids and other fraudulent schemes attracts the attention of financial regulators, because the rules and requirements for the industry are constantly tightened. The nature of the tokens themselves remains unclear – whether they are securities or not: for each project, this is decided individually through the filing of an application, which takes time and energy.

STOs propose to solve the listed problems at one fell swoop. The material confirmation of tokens will immediately weed out scammers and unscrupulous developers, it will also provide investors with the safety of savings in the event of a project burning out. As for the legislative aspect, everything is clear here – behind the security tokens, there is a completely transparent and understandable essence. They are securities and are subject to financial regulations.

One of the disadvantages of traditional cryptocurrencies is too high volatility. If during the year the rate of a crypt fluctuates within ± 50% of its price at the beginning of the year, then many will prefer fiat money or invest free funds, for example, in the stock market.

The problem is partially solved by the so-called stablecoins. The rate of this coin is rigidly tied to a specific asset.

What Are The Differences Between Top STOs and ICOs?

The main instrument of the initial coin offering is the coins themselves, or tokens. Ordinary, traditional coins do not give the owner rights and material benefits – they can only be used to purchase the company's product when it is ready (if any). Assets in STO crypto projects are fundamentally different: they give the investor the right to own a material good. The smart contract that manages the tokens fully automates the process, making it secure and traceable. Moreover, the token also performs the function of a security – organizing fundraising for the development of the project, the developer actually arranges an IPO in a modernized form.

It is also important that STOs are easier to regulate and make safe for the investor, the risk of legal problems and contentious issues is minimized. At the same time, it is not worth criticizing ICO too much: this format is full of advantages for small investors, amateurs who do not invest too large sums. It is more convenient for them to remain anonymous and waive legal guarantees.

What Is STO Regulation?

The SEC, the financial regulator in the United States, has become the basis for regulating ICOs and cryptocurrencies in general.The Commission is constantly developing norms, requirements and acts that affect the future fate of the industry. So, it is the SEC that determines the criteria by which a token belongs or does not belong to a security. For this, a special algorithm was selected, which implies answers to several questions of the type:

Has the investor invested?

Does the investor count on dividends?

Does the investor receive profit from other clients and the like.

If a coin is assigned the status of a security, this imposes certain restrictions on its functioning.

All securities must comply with country regulations, and investors must have a certain level of accreditation;

The security cannot be resold within 12 months after purchase;

A non-accredited investor may purchase a security upon filing a general solicitation for up to $50 million;

The security must be registered.

Since the basic concept of STO as an idea is to follow the laws, all of the listed norms will most likely be fully observed, which has both positive and negative consequences. Perhaps this factor will prevent the format from becoming a new trend in the industry.

The SEC has already begun developing requirements for Security Tokens, and there is a whole section dedicated to investors.

What Are STO Main Advantages and Disadvantages?

Legal Compliance. This is also a minus: for example, anyone could invest in most ICOs, because it did not always work with securities. STO tokens are a priori securities, which imposes a number of requirements on the depositor. Only 10-20% of potential investors will have assets worth $1 million;

Projects will become less decentralized. For some, this is a minus and a contradiction of the very concept of blockchain, but the fact is that both strict regulations and a decrease in the number of potential investors indicate that STO is more centralized;

Risk of loss of anonymity. The income statement basically contradicts the secrecy of the investor's identity, so there is nothing to be surprised at.

STO or Security Token Offering is an interesting idea that has every chance to take the place of the traditional ICO, despite the mixed reaction of the community. Its implementation will help make the sphere more mature and serious.

Legal protection of the investor.This includes reducing the threat from scam ICOs, speculators, and a guarantee of relative stability in case the selected project “does not work” - ICOs do not have such properties;

Legal Compliance. Security tokens are easier to regulate, they do not provoke controversial issues, dilemmas and the like;

Direct benefit. Unlike ordinary ICO tokens, which give a coupon for abstract benefits, a security token allows you to become a copyright holder and receive dividends;

Serious attitude. With the advent of guarantees and dividends, serious investors will come to the market, ready to invest hundreds of thousands of dollars;

Automation. The already mentioned smart contracts will simplify the procedure for entering an IPO. There are advantages not only for the investor, but also for the organizer of the fees.

Blockchain technologies, together with smart contacts in the blockchain, can remove much of the paperwork and inefficiency in the investment market. Here are some of the processes that will improve through the tokenization of securities:

automation of KYC/AML procedures – no need to spend money and time checking each client;

reducing dependence on lawyers – most of their work can be “entrusted” to smart contracts;

cost reduction in issuance due to the elimination of intermediary banks;

cost reduction due to reduction of working staff;

voting by "digital" power of attorney;

simplification of accounting and auditing processes;

In addition, the tokenization of securities will provide more accurate data on the state of both the market as a whole and its individual participants. That will allow you to track financial results, the accuracy of calculations, the status of documents in real time, and by all market participants or a separate platform.

This will reduce risks for all market participants and, in the long run, will allow the formation of a new rating system that will show which company is reliable, which investor is successful, and which developer is a scammer.